The legitimacy of Jane Grey’s rule is dubious and the problem of studying Jane Grey is that she is less well documented than the courtiers around her, so most accounts tend to be of the men in the court, specifically John Dudley, rather than the woman herself. The views of her brief “reign” range from considering her a deposed queen, to seeing her as a pawn in a palace coup and a plaything of the Duke of Northumberland. In the end, Jane Grey and her supporters were unsuccessful in establishing her rule as the successor to Edward VI.

Within the English Monarchs series readers can find an adequate account of the struggle for the succession and Jane’s part in these events. Readers are referred to John Edwards’ book Mary I: England’s Catholic Queen, especially chapter 5 of the book.

While Yale has not published a specific study of this event, nor of the woman central to the bid for the throne, Lady Jane Grey has a book associated with the English Monarchs series published by Methuen. A biography of her was published in 1972 when Methuen was the custodian of the English Monarchs series: ‘Lady Jane Grey: The Setting of the Reign’ by David Mathew. Mathew, as chronological readers of this website will soon find, was also the writer of the 1967 English Monarchs study of James I, and the second book in the series. As we know from his James I book, Mathew is neither an academic historian nor of the calibre of an English Monarchs writer. Therefore we won’t consider his Lady Jane Grey book to be a Companion Title, as tempting as it may be to have such an early addition to this list. Nevertheless, collectors of the series will want to know that Methuen, the publisher of the series, did publish this title and thus this page discussing these biographies can be justified.

The online bibliography site Some Grey Matter is an excellent resource and to which the interested are referred for for further reading. The site has an annotated bibliography which reports, unfortunately, that nearly all books published on Jane Grey range from the poor to barely adequate, with some labelled as fictional entertainment. Mathew’s book is described by Some Grey Matter, as "a series of very brief sketches about some of the principal — and predominantly male — individuals involved in the succession dispute of 1553. Jane is mentioned only once or twice and only in passing throughout the first 135 of 165 pages of the main text. As such, this book is unsatisfactory and a long way from the quality of an English Monarchs book or our self-styled "Companion" books. Even Ives, about the only academic writer on the topic, is described as disorganised. This site suggests that the best book to read is 'The Sisters Who Would Be Queen: The Tragedy of Mary, Katherine and Lady Jane Grey' by Leanda de Lisle (London: HarperPress, 2009).

Two books appropriate for collectors to acquire might be:

‘Lady Jane Grey : A Tudor Mystery’ by Eric Ives (1931-2012). Ives was Emeritus Professor of English History at the University of Birmingham is probably the better choice for serious readers,

'Lady Jane Grey and the House of Suffolk' (Sidgwick & Jackson, 1985) by Alison Plowden (1931-2007), and reissued by Sutton, an imprint of The History Press, in 2003, under a new title: 'Lady Jane Gray: Nine Days Queen'. The reissue was substantially the same book with the text reworked for the re-publication. Plowden is a writer better known as a novelist and television dramatist but her histories of the Tudor period were well received at the time of their publication.

Buy Lady Jane Grey: The Setting of the Reign

Buy The Sisters Who Would Be Queen 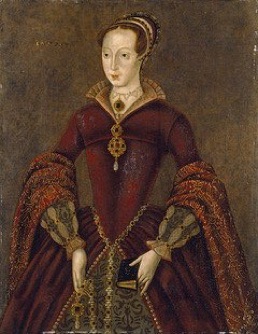