Given Edward’s short reign it may have seemed unlikely that a book would be produced on this king. Confounding this expectation is that one of the earliest commissions for the English Monarchs series was Edward VI by Peter Ramsey. The list of forthcoming titles on the back cover of William the Conqueror (1964), the first book in the series, lists Dr. Ramsay as preparing this title. It was never published. Ramsey ceased to be listed as the author of this book in the ‘Forthcoming’ lists in English Monarchs books in the mid-to-late 1980s, when his name was replaced by Jennifer Loach, a decade before her death in 1985. Only three books can be found for Peter Herbert Ramsey, all on the Tudor period and published between 1958 and 1971. At least at the time of his second book, in 1963, Ramsey was Lecturer in History, University of Bristol.

Jennifer Loach was a specialist on the Tudors and was commissioned to write this book in 1988. She had almost completed this work before her untimely death in 1995. After her death the notes for the book were collected by her colleagues and the book was completed in her style and with her arguments by George Bernard and Penny Williams. Yale published the hardback in October 1999 and the paperback in 2002.

The editors’ preface describes the approach the author had to the book, which they describe as an “...assessment of the activities of those who ruled in the king’s name”, rather than a brief personal biography of Edward. They further outline the process of compiling the book after they were given the notes and discs of the book by Loach’s surviving husband, Alan Loach. With this material, and Loach’s clear vision for what she was intending, the editors “...felt that we could see a way of arranging the material that would turn it into a coherent study of the reign of Edward VI.”

Eric Ives (University of Birmingham) commented in The English Historical Review, Volume 115, No. 464 (November 2000) on the hybrid nature of the work, that the original text and notes were supplemented by earlier monographs by Loach and that some of it was written by the editors of her notes. "The book, not surprisingly in the circumstances, is somewhat uneven. In a completed text, discussion of the crucial months of October 1549 to February 1550 which saw the Protector fall and John Dudley end up leading a conciliar government would undoubtedly have occupied more than five pages. Similarly, one would have had more on Dudley's own religious position in a chapter which the editors indicate was largely assembled by them. On the other hand, the coverage of Edward's upbringing, his coronation and his court is thorough and illuminating.” Ives concludes that "This is not the full Edward VI which might have been - perhaps it provokes more questions than it answers - but it is well worth having."

Andrew A Chibi (University of Leicester) reviewed the book in The Canadian Journal of History, 12/2000, Vol.35(3) finding that this "...interesting, readable and useful book asks serious questions and provides reliable answers" and "...goes a long way towards reversing the image of the years 1547-1558 as a period of malaise". 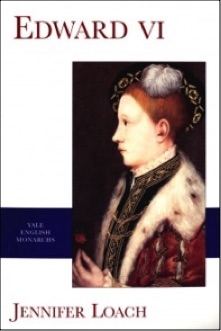 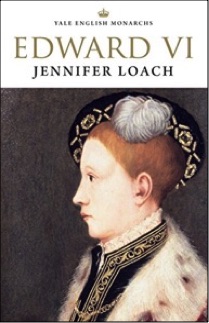 Cover: This is a portrait of Edward by an unknown artist, held by the National Portrait Gallery, London.