James Francis Edward Stuart has, as far as can be found, had few biographers. A book called “James” by Peggy Miller was published in 1971 but has been accused of being a romanticised version of history by a novelist.

An earlier biography of James was by Bryan Bevan, “King James the Third of England: A Study of Kingship in Exile” (1967). Again, a popular history and reviewed by some as poorly organised and not well written. Also, at under 200 pages it begs the question of it being less than thorough.

A contemporary book review* by Joel M. Rodney of Washington State University dismissed this book as one seen on a personal level, without an understanding of either European or English realities. He scathingly comments that Bevan “abandons biography for fanciful speculation”.

However, as the best of a lean collection it remains the title to read for James son of James. One bonus is that, should James the Third be on your bookshelf beside John Miller’s James II, the puzzlement on the faces of those who know their English history would be worth the investment in the title.

It remains territory only for collectors and the seriously interested because it is a rare and usually expensive purchase for so slender a study.

Charles Edward Stuart, “Bonnie Prince Charlie”, has fared somewhat better than his father when it comes to biographers. There is something of an industry in producing books about Charles Edward Stuart (of variable quality) and anyone who has been to Glenfinnan will note the contribution he continues to make to tourism in Scotland. However, there are a few biographies which are more notable than the rest.

The most scholarly biography is “Charles Edward Stuart: Life and Times of Bonnie Prince Charlie” (1973) by David Daiches. A Professor of English, Daiches was the best academically qualified biographer of Charles and, as further confirmation of his credentials, he was an expert on Scotch Whisky - and wrote a book on the subject. Need you look further?

Those who like their history with pungent opinions and robust discussion should go to Frank McLynn’s 1988 title “Charles Edward Stuart: A Tragedy in Many Acts”. Depending on the reader’s point of view, McLynn’s use of psychoanalysis to examine Charles’ character either makes or mars this biography.

Susan Maclean Kybett’s 1988 biography “Bonnie Prince Charlie: a biography of Charles Edward Stuart” has been recommended as a well-rounded read though has been criticised as thin and ignoring recent analysis of the subject.

Carolly Erickson’s 1989 title “Bonnie Prince Charlie” is a popular history by a novelist, and has been characterised as superficial, a good read but lacking depth.

"Bonnie Prince Charlie: A Life" by Peter Pininski (2010) is a recent account by one of the Charles’ descendants and is worthy of a read for that fact alone.

Henry Benedict Stuart has had no biographers since Brian Fothergill’s 1958 “The Cardinal King”. The only other English language biography of Henry is a century old, “Henry Stuart, Cardinal of York, and His Times” (1908) by Alice Shield.

Fothergill’s book was, astoundingly, re-published by Faber in 2011 as a print-on-demand title and is available from Amazon, The Book Depository and other Internet vendors.

This appendix to the Jacobite line of kings in the English Monarchs book series, ending with James II, is here for additional reading suggestions and to hold out the hope that Yale might take up the challenge on behalf of the readers of the lives of the Stuart kings - and pretenders - to publish modern and scholarly accounts of the lives of this would-be Stuart kings in exile, either singly or in one volume.

The last of the Stuarts would prove a rich study for a modern biographer and an interesting topic for readers of the period. However, for Yale English Monarchs readers there is both good and bad news. The bad news is that neither James Francis Edward Stuart (the self-styled “James III”) nor either of his sons Charles Edward Stuart (“Charles III”) and Henry Benedict Thomas Edward Maria Clement Francis Xavier Stuart (“Henry IX”) have any recent biographers and few of the extant books are of great worth. The good news is that, remote a possibility as it may be, these three pretenders are aching for a scholarly study of the modern period and a golden opportunity for Yale to go once more into the breach.

*The Pretenders’ assumed monarchical names are used below 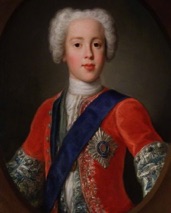 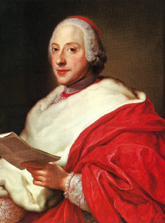 No Yale or Methuen books published