Although the English Monarchs series terminates with George IV there are a number of solid if not scholarly biographical studies for those who wish to continue reading beyond 1830.

The role of the monarch begins to move away from the purpose of the English Monarchs series during or after the Georgian kings. The king or queen is no longer the centre of government and politics, or at least the only focus, and a biography in the style of an English Monarchs title becomes more difficult. The loss of the American colonies, the change to parliament with the Great Reform Bill 1832, the requirements for government to administer a world-wide empire in the 19th century, the national emergencies of the First and Second World Wars changed forever the nature of government and politics in Britain. It is fitting that the series terminates with George IV, but a few offerings here are made to bridge the gap for those willing to collect complimentary books into the twentieth century. The difficulty is that much of the biographical literature in book form is in the categories of popular history or, in a few cases, hagiography. With that in mind, read on...

William IV has had only three biographers and none of recent years, but the work that must be recommended is ‘King William IV’ by Philip Ziegler (1929-  ), published by Collins in 1972.

An earlier study of William was published in 1960 by Walter Gore Allen (1910-1960) called ‘King William IV’ and the most recent is the 1980 popular history by Tudor and Stuart biographer Anne Somerset (1955-  ) who wrote the popular history ‘The Life and Times of William IV’ for the Kings and Queen of England series, edited by Antonia Fraser.

*I’d be interested in receiving some comments if anyone has a copy of Allen’s biography of William. It seems to be a rare or a forgotten book - as is the publisher Cresset Press which was absorbed into a larger publishing firm in 1966. This biography is odd, too, coming from Cresset, a publisher known more commonly as a publisher of classical and literary titles. 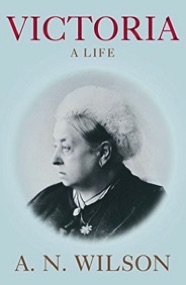 Although Edward lived most of his life in the 19th Century he was a 20th Century monarch. A recent (2012) biography of this king is ‘Bertie : A Life of Edward VII’. The North American title is ‘The Heir Apparent: A Life of Edward VII, the Playboy Prince’. The book was written by Professor Jane Ridley (1953-  ) Professor of Modern History, University of Buckingham. It was published by Vintage (UK) and Random House (USA)

This is a significant work and earns its place here because Professor Ridley was granted access to documents regarding Edward in the Royal archives, to which no researcher had been admitted. With these previously unused documents she constructed a new portrait of Edward as king which will come as a refreshing surprise to those who have read standard accounts of Edward. This is entirely in the style of the English Monarchs series and therefore this work sits comfortably here.

Buy Bertie: A Life of Edward VII from Amazon UK

Victoria has had more biographers than you can poke a stick at but the stand-out study of recent years must be ‘Victoria: a life’ by A.N. Wilson (1950-  ). Published in 2014 by Atlantic Books, this book by a sometimes controversial writer (although not a professional historian) has had acclamation by reviewers.

Wilson is acknowledged as an expert on the period. It’s also a substantial but always interesting read at over 600 pages. It has been described by one reviewer as the best one-volume book on Queen Victoria.

Wilson has also had published in 2019 his biography of Albert by the same publisher and with a cover similar to his Victoria biography. Something of a pigeon pair.

Buy Victoria: a Life from Amazon.

George V was considered an unspectacular monarch and an unremarkable individual, however this shallow assessment has changed in recent years and the start of this reappraisal was due to his first modern biographer, Kenneth Rose (1924-2014).

A new biography of George was published in 2021 and written by Jane Ridley, author of the 2012 Edward VII biiography.

Philip Ziegler (1929-  ) was recommended as the author of the biography of William IV so it seems reasonable to choose his biography of Edward VIII: 'King Edward VIII: the Official Biography'. The book was published by HarperCollins in 1990, and paperback in 2012.

It's subtitle is enough to raise concerns about withheld commentary, but his full access to papers in the Royal Archives and his professionalism mitigage against thoughts of self-censorship. The book has been reasonably well-received and for the entire life of Edward it is probably the best resource, though by no means the only.

For a forensic examination of the politics of controversial year of 1936, the constitutional crisis and the abdication, read instead 'The King Who Had To Go' (2016) ISBN 9781785900259 by Adrian Phillips.

There are fewer biographies of George VI, even after the popular movie 'The King's Speech' (2010). One book seems to be in high regard for its research is by Sarah Bradford (1938-  ).

There are far too many books on this monarch and most of them are for an uncritical audience. A single political history of the late-20th Century will also not be sufficient. Time to send in your suggestions.