◀Go back to Louis XVII     Go forward one dictator ►

Professor of History, University of Melbourne

Citizen Robespierre will provide some further reading after your Louis XVI book.

Peter McPhee’s recent book has been well received and described as re-evaluating the ideology and reality of the Reign of Terror.

Described by the publisher as new research into the subject’s life with a deep understanding of society and politics of the French Revolution.

Continue to Napoleon - and beyond.

Buy the book from Amazon.

Go to the book's page at Yale. 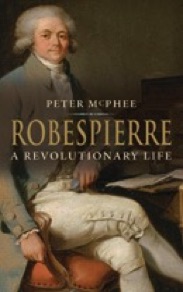