Studies of King Arthur are problematic, at best. While Arthur is the topic of much study and interest, this new Yale title by N.J. Higham, already a published Yale author, does not comply with any criteria to be included in the English Monarchs series. Nevertheless, it will be of great interest to collectors of the series and those interested in the early kings particularly.

The description of the book at the Yale publicity page tells us that this 2018 work is a survey of the literature, examining the relevant texts to determine their veracity and the most likely origins of Arthur and the legend surrounding him.

Higham, for those attentive readers of this section of the website, has already contributed much to Saxon scholarship in Yale titles - The Anglo-Saxon World was co-authored by Higham; the author was also the editor of the collection of essays comprising the book ‘Edward the Elder: 899-924’ on the son and successor to Alfred the Great; and his 2015 book ‘Ecgfrith: King of the Northumbrians, High-King of Britian’ is another academic-level study of the period.

N.J. Higham is Professor Emeritus in history at the University of Manchester. This book on Arthur, then, is not an opportunistic piece of merchandising but a scholarly examination of the dawn of English history and is to be recommended highly. Its publication by Yale is a significant effort at studying this early period and has earned its place in this website, although for our purposes it falls short of being given the description of a Companion Book.

If Arthur gets a mention here, why not a Yale book on Merlin... 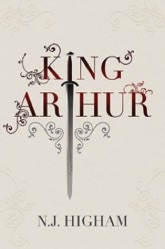 Buy the book from Amazon 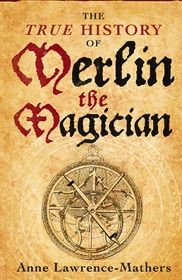 For the complete Yale/Arthurian experience the reader must also consider 'The True History of Merlin the Magician' by Anne Lawrence-Mathers. This title was published by Yale in 2012.

Yale's publicity describes the book thus: "...although the Merlin of literature and Arthurian myth is well known, Merlin the "historical" figure and his relation to medieval magic are less familiar. In this book Anne Lawrence-Mathers explores just who he was and what he has meant to Britain.".

Time to turn to the English Monarchs books.

Buy the book from Amazon

King Arthur: the making of the legend

The True History of Merlin the Magician (2012)